When you’ve lived at or very near Sea Level for the majority of your life, as both Carrie (a Florida native) and I (growing up around the Chesapeake Bay) have, living at any significant altitude for a period of time can take some getting used to. 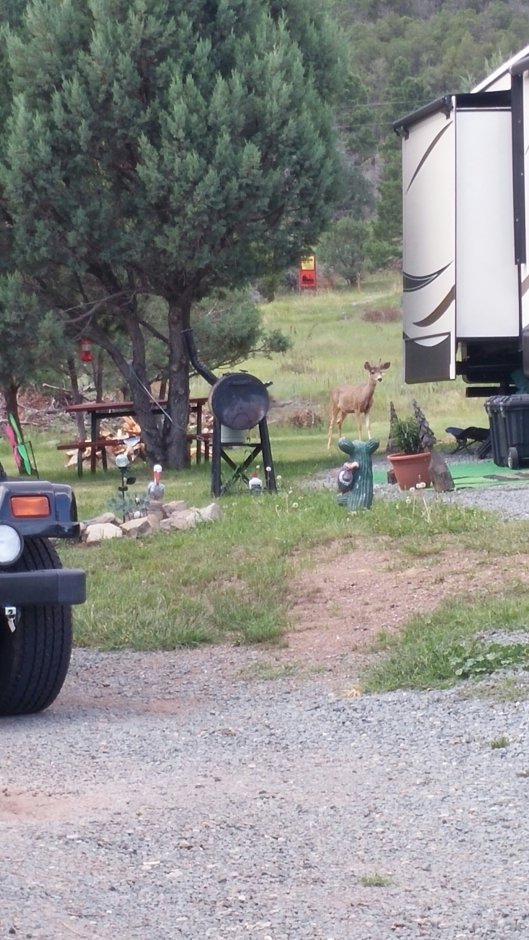 The air is thinner, drier, and cooler in Alto than we’re used to, and while we climbed to that distance over a few days travelling through Texas and eastern New Mexico, it took us a little getting used to. Minor headaches, shortness of breath, dry eyes, were some of the side effects of the acclimation process. It gradually subsided after a short period of time but was a challenge at first.

The weather in Alto and the surrounding area in the two months we were there was very pleasant, but substantially different than many in the southern US latitudes experience between July and September. It would reach into the 80’s by mid-afternoon, but drop into the 50s (sometimes the 40s) at night, significantly cooler and less humid than many in other parts of the country were suffering with throughout the summer months. Quite often we kicked on our gas furnace first thing in the morning to cut the chill and warm the kitchen floor under our feet.

The water quality in the White Mountains was significantly different than what we were used to. It was much “harder”, i.e. contained significantly more minerals than water we pulled from a tap or water that we made onboard. It required us to use bottled water for our morning coffee and to keep hydrated, and we used the camp’s washing machine instead of our own.

The scenery? That didn’t take much getting used to, and we enjoyed it thoroughly while we were there. We regularly saw small herds of magnificent Elk feeding on the hillsides at dusk, and Deer feeding on the fringes of the camp in the evening. A variety of birds, including woodpeckers, hawks, ravens and hummingbirds were always around. Our hikes in the surrounding mountains were always memorable.

Our first foray out West was a success, although we didn’t stay quite as long as we’d hoped. There were numerous sights to see within easy reach, but that will be the subject of one or more future posts. 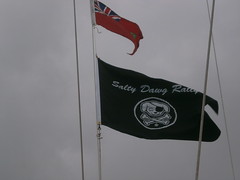 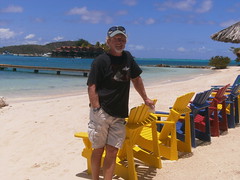 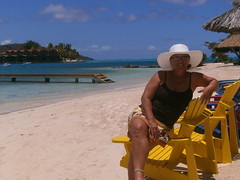